A Tea Podcast that's only kinda about Tea... 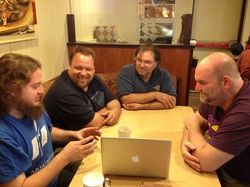 Christopher J Garcia launched Leaf & Let Die to have a place to drink tea, talk about James Bond, Science Fiction, Fandom, and stuff. He's joined by a rotating cadre of contributors who come to chat and drink tea!
Chris Garcia is a writer, historian, fanzine editor, film geek, science fiction fan, Festival Junky, filmmaker, documentarian, and and bon vivant from Santa Clara, California. He's won a Hugo for Best Fanzine (The Drink Tank with James Bacon, 2011), and has been lucky enough to nominated for a total of 17 Hugos in 3 categories! You can find his zines The Drink Tank, Journey Planet (with James Bacon & Others), Claims Department, and Exhibition Hall on eFanzines.com.
His other podcasts, The Drink Tank Review of Books, Themed for Your Pleasure, and #HardCopyPodcast, cover fandom, Science Fiction, and random stuff. He's worked as a Curator at the Computer History Museum in Mountain View for nearly fifteen years. He's currently directing a series of short Documentaries about SF Conventions called '5 Cons - A 21st Century Documentary Series' which you can find at http://5consdocumentary.weebly.com/

This time, thanks to the generous nature of our pal Alan Stewert, we're tasting two varieties of M&Ms from Australia. What will we think of them? And why is there a picture of a piece of wood embellishment from The Met in New York? The answer to that question is "I don't know..." 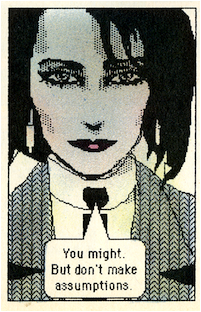 We've got Two-Buck Chuck, JC Arkham, and Milady all appearing as we drink tea and talk about stuff! It's a strange one and a lot of fun! 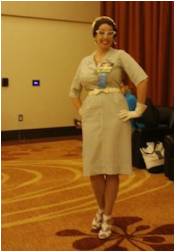 We drink tea in Texas and it's... interesting. Will Frank, Brad Lyau, The Lovely & Talented Linda Wenzelburger, and a guest appearance by New York Times Best Selling Author and Tea Lover Gail Carriger! I almost feel bad about making her drink this tea... 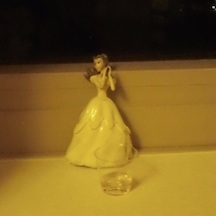 The Lovely & Talented Linda Wenzelburger, and Hillary Pearlman stop and chat while Hillary sketches Chris and the Yeti. Hillary talks art, and we talk about alternative deaths, and somehow Cutting Crew and John Scalzi cross over. PLUS there's an appearance of the great Thomas Olde Heuvelt!

During the Nerdvana First Anniversary episode taping we recorded an episode with the worst tea that we've ever drank. No, seriously, it is TERRIBLE! 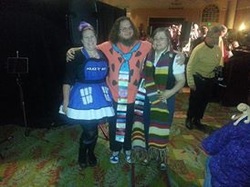 Debbie Bretschneider brings some Sweet Tea liquor to add to the Tea and we actually enjoy it! We also talk about T-Shirts and Comics and funkiness! Deb, JC Arkham, Two Buck Chuck, Mo The Thrill Starkey and Adrienne Foster! 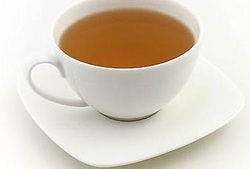 Another awful tea from Bigelowe's and Hugo winner Mo Starkey talks about Art, and we make some jokes. 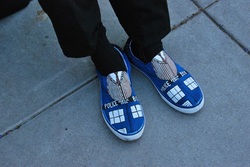 We drink a fine UNILEVER tea-based product! And we talk about stuff with Cathy and Sarah Goodman!

A Non-Caffinated edition that has some sound confusions, and also is a terrible, terrible tea! We also talk about stuff! 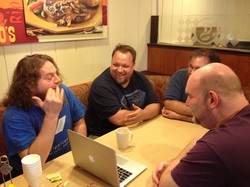 Thrill to the joy that is us making Stephen Nelson of the Tea Rage podcast drink Chamomile. We also talk about James Bond and Jules Verne. Chris Garcia is joined by Stephen and JC Arkham and Two-Buck Chuck.